Well Done to all participants of the 'Great Cumbrae Kayak Race'! 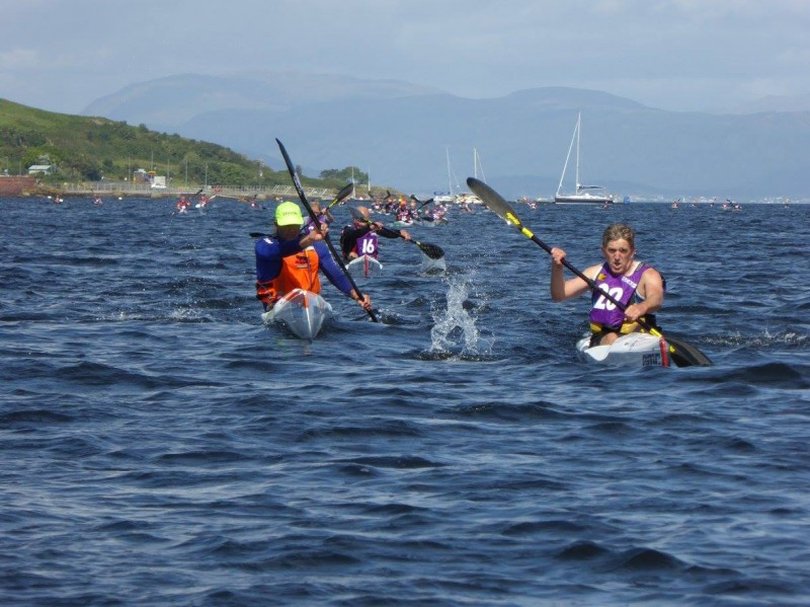 When race organiser Calum McNicol began organising yesterday’s event he could only have dreamt that it would turn into such a perfect day. The weather certainly played its part, with glorious sunshine from start to finish! All participants were in great spirits before the race and those spirits thankfully continued until long after the race ended! The day’s proceedings cumulated in a BBQ in front of the Centre, while the well deserved finalists received their trophies.

Well done to everyone who participated and huge congratulations to the below winners, who finished with impressive times:

Special mention has to go to Andrew Morton, who having won Gold in the race back in 1976, was back participating 39 years later and on great form; taking 5th place!

You can access our ‘Cumbrae Kayak Race’ album for a whole selection of photos taken on the day.

Many thanks to all volunteers for making the day such a success. We’re already looking forward to next year’s event and can only hope that Cumbrae is bathed in warm sunshine once again…