Cumbrae 'Catches the Clipper' in Londonderry 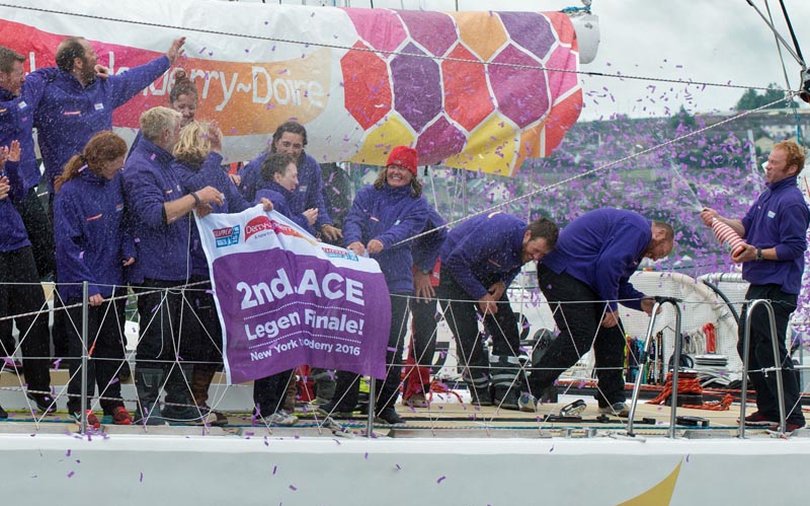 Today, Cumbrae instructor Angus Fergusson caught up with his colleague Daniel Smith, skipper of the Derry-Londonderry-Doire, during the Clipper Round the World Yacht Race. Angus and members of Standard Life Sailing Club had departed Largs Marina on Wednesday for this special ‘Catch the Clipper’ Cumbrae cruise.

A big thanks to Dan for giving the team a great tour of the Clipper yacht. Little rest for him though as Dan and the team depart on Sunday evening for the penultimate race of the 14-stage series, to Den Helder, the Netherlands. The race will culminate on 30th July with podium celebrations taking place in London.

For the time being though, for Angus, and the rest of the guys cruising with Cumbrae, the next stop is Islay, as their adventure continues into next week…