Originally from the Wirral, Peter first came to Scotland in 1987 to work as an instructor at Outward Bound Loch Eil, before joining the Cumbrae seasonal instructional team between 1993 and 1996. Over the years Peter maintained his contact with Cumbrae and frequently acted as an Instructor on the cruising side. Peter has worked at several outdoor centres throughout Scotland and became Head of Centre at Ardroy Outdoor Education Centre in 2010 before moving to Cumbrae.

He attended his first course as a student at Cumbrae more than 25 years ago and now has the role of one of the Centre's Senior Instructors.

“Over the years the Centre has been a big part of my life, I even met my wife Jenny at Cumbrae!” 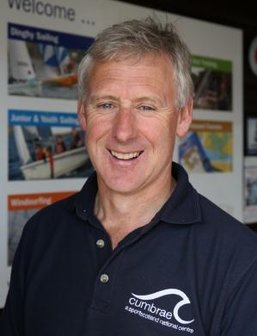